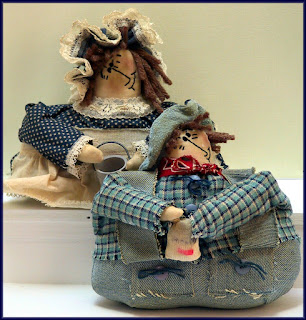 Margaret has been wringing her hands with worry regarding her story on my The Dollie Storage Room" blog. She's a nervous Nelly and just doesn't know how she can fit this in during her busy schedule. She has so much to do to get the house ready for Peter.

Peter, on the other hand, isn't at all concerned. He's a salt-of-the-earth farmer. A little extra time out of his busy farming day doesn't worry him a bit. What doesn't get done today will get done tomorrow is his philosophy.

"Margaret - The Dutiful Farmer's Wife" believes she should do everything she can to help her hard-working husband, Peter. So, she always has the house cleaned and a home cooked meal ready for him at the end of a hard day of farm labor. She's always busy tidying this or cleaning that. She just wants everything perfect for Peter.

If you can't tell already Margaret is a little obsessive about her cleaning. She's starting to wear the skin down on her hands from wringing them so much.

"Peter - The Primitive Farmer" believes that every day should be spent working hard and providing for your family. Peter is fond of saying, "There is nothing like a good day of hard labor to enrich the soul."

He believes that the house being neat and tidy is nice but isn't worried about a little dirt here or there. A little dirt never hurt anyone not even Margaret.

Peter likes to get Margaret's goat every once in awhile by putting his boots up on the coffee table. As Margaret dashes to remove them Peter will start to laugh in a fit of laughter. Then Margaret catches herself and starts to laugh at herself too.
So what's a little dirt.

You'd never think by looking at them that Peter and Margaret have a wonderful sense of humor. Margaret can get to laughing so hard she has to leave the room or she'll embarrass herself.

Peter can get laughing so hard that he'll cause himself to have a case of the hiccups. When that happens, he needs a glass of water and a spoon. It's the only remedy for the hiccups - holding the spoon between your teeth and drinking a glass of water. Works like a charm every time.

Margaret, being the dutiful wife that she is always has a the glass of water and spoon ready. It may be a tried and true " old wives tale" but, it works.

Once the laughter dies down Margaret and Peter settle in for the night. Tomorrow will soon be upon them and they will need their energy for another day of hard work and, most likely, more dirt. 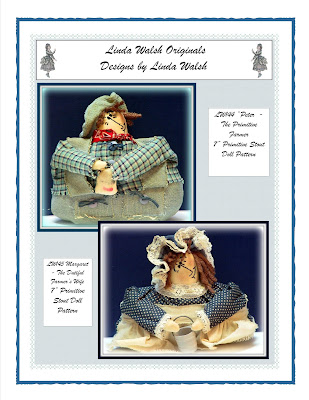 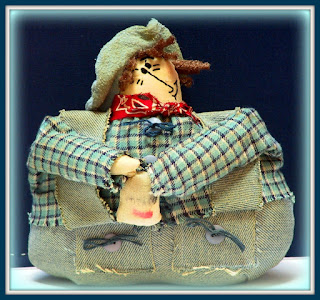 Peter The Primitive Farmer believes that every day should be spent working hard and providing for your family. There is nothing like a good hard day of labor.  He gets up in the wee hours of the morning to start working on his farm. Margaret, being the dutiful farmer's wife that she is, gets up even earlier than her husband.

Because she has to prepare his breakfast so he has plenty of energy for working all day.

He is a free standing primitive doll with a cloth body. Peter has an embroidered face and a few strands of straight brown hair. He is wearing his grungiest denims with button decorated pockets and straps, fringed flannel shirt with buttons, flannel lined hat, and red bandanna for all the sweat. He is coffee stained throughout and is carrying a flour sack. 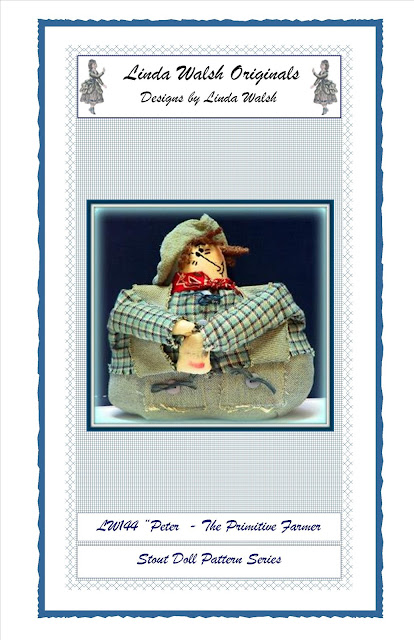 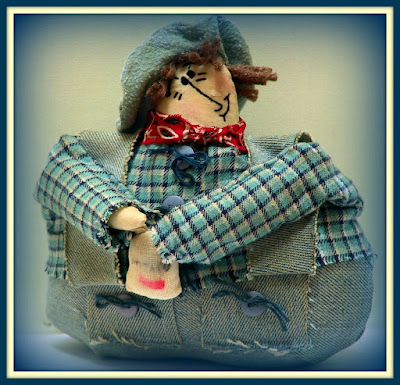 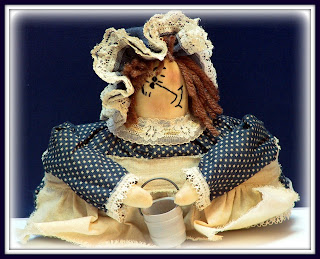 Margaret The Dutiful Farmer's Wife believes that she should do everything that she can to help her husband, Peter. So, she always has a home cooked meal ready for him at the end of a hard day of labor and at the beginning of the day so he has enough energy for all the demands of the farm.

Margaret gets up so early in the morning to prepare breakfast for Peter that at the end of the day she is a little tired. Peter understands this and when Margaret falls asleep on the sofa he just lets her sleep. She works so hard. She deserves her rest, too.

Margaret is a free standing primitive doll with a cloth body and an embroidered face. She is wearing a lace trimmed dress and fringed apron. Her straight brown hair is unruly underneath her lace trimmed bonnet. She is coffee stained throughout and is carrying a pail to milk the cows. 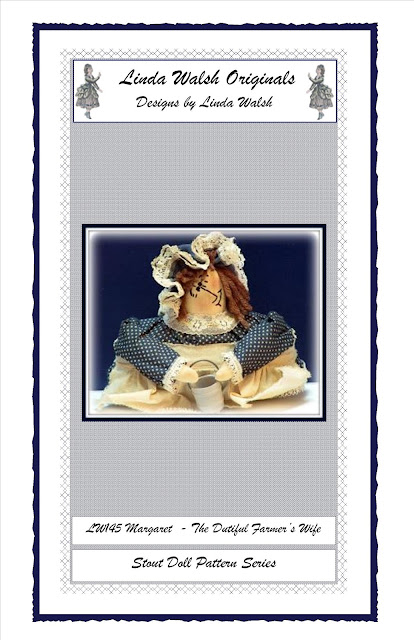 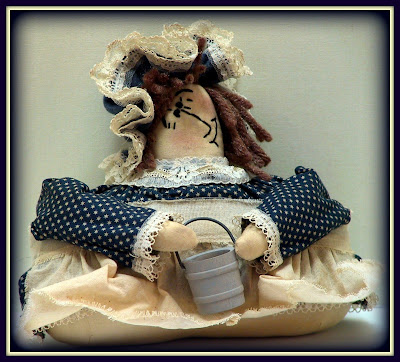 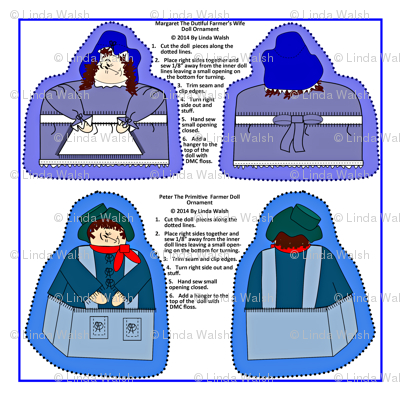 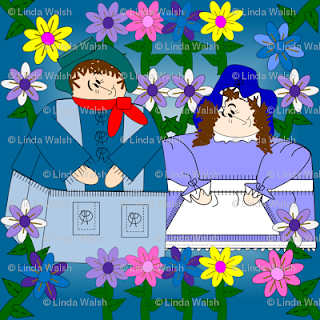 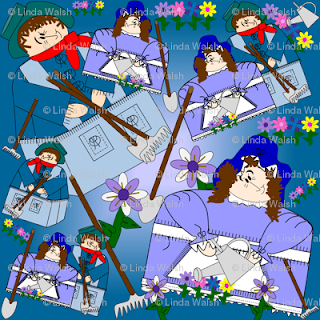 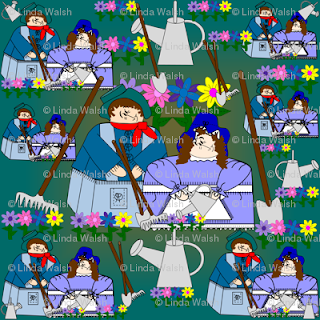 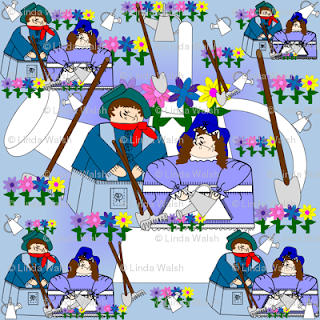 Farmer and His Wife Primitive Dolls #2