Leave It To An Adorable Little Boy To Ruin The Summer Of White Faced Girls! 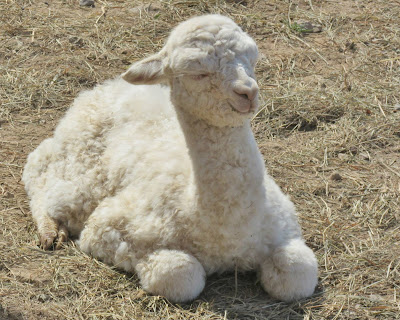 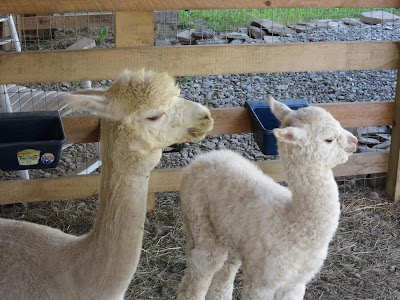 Well, leave it to a male to screw things up.  Rock Garden Alpacas 4th and final cria for the 2015 season was a little boy.  An adorable little boy. 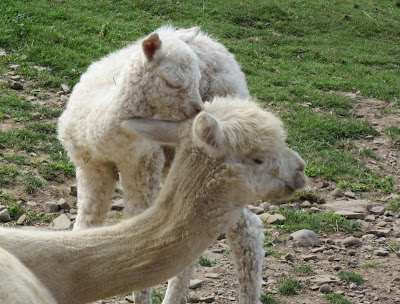 Look at his adorable face.  How could you be mad at him for being a boy when he's the epitome of cuteness!  So, my sister named him Stachys. 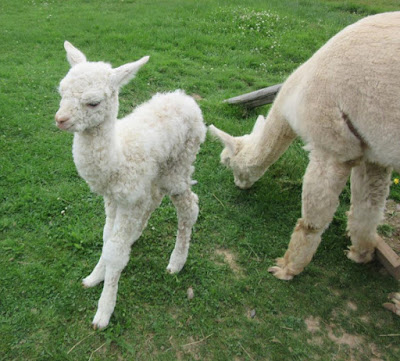 Here's what my sister had to say about him:  "Here he is! Our 4th and final cria for the 2015 season. Introducing Rock Garden's Stachys a very fine, crimpy bright white full accoyo. Mom is our girl Sunflower and sire is Ideuma Creek Alpacas Accoyo Truman co-owned with Gentle Breeze Alpacas. Very exciting!!"

So Stachys joins his 3 cousins:  Gladiola, Peony, and Marigold. 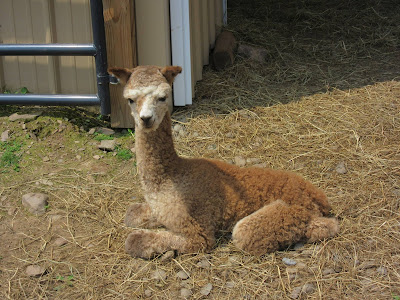 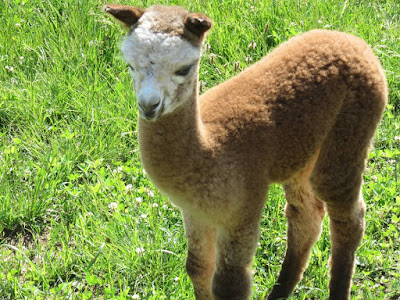 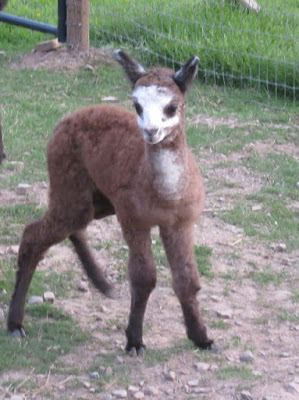 So now my sister has three adorable female alpacas with beautiful white faces and one "cute as a button" little boy..